Vietnam has become most wanted destination to many travellers all over the world, it attracts foreigners because of its charming beauty and lovely people. This 10 day trip will take you from the North to the South of Vietnam to learn more about the land and people here. Book this trip with us before November 30, 2019 to get 20% off.

Arriving at Noi Bai airport in Hanoi, you’ll be met and driven to your hotel. You’ll then be free until be picked up to watch the Water Puppet show an art form unique to northern Vietnam, and a good, light-hearted introduction to its rural culture. You’ll spend the night in Hanoi.

In the afternoon, you’ll take to the streets by walking tour of the Ancient Quarter of 36 streets District. This densely populated corner of the city was once a centre of commerce where goods were sold under the street name of a particular guild. Still a thriving community of sellers today, you’ll see streets name such as Sugar Street, Tin Street and Paper Street. Ancient homes and temples are interspersed with stores in this souvenir hunter’s paradise.

After breakfast, you will drive to Ha Long Bay, which is often called Vietnam’s eighth wonder of the world and once visited, it is hard to dispute that claim. 4000 spectacular limestone outcroppings, cliffs, arches and coves compete for space in an area that is without doubt the most outstandingly naturally beautiful in the country – incomparable coastal scenery.  On arrival, you’ll board your boat, a wooden junk that will take you first to the busy World Heritage area Ha Long Bay, which is translated as “Descending Dragon”. You’ll stop off at an islet and climb though a series of breathtaking caves and grottoes, marveling at some of the most impressive stalactite and stalagmite formations anywhere in the world and then making a stop secluded beach where you can enjoy cruising among the cave dotted island and seeing the small fishing boats with are always feature of this lovely bay. Weather permitting, you’ll be able to swim, fish, climb a hill for an overview of the Bay’s remarkable seascape. All your meals will be provided on board, usually based on fresh seafood. You’ll spend the night on the boat.

You’ll have western breakfast on boat and then spend the morning cruising Ha Long Bay, followed by lunch just before docking to the harbour at around 11.30. You’ll return to Hanoi and transfer to the airport for your flight to Hue.

On arrival, met and transfered to your hotel for check in. You will spend the night in Hue.

After breakfast at your hotel, you’ll have a boat cruise to visit Thien Mu Pagoda, one of the most famous structures in Vietnam on the banks of the Perfume River.

You’ll be picked up to visit Imperial Citadel, once the seat of the Emperors of the powerful Nguyen Dynasty that ruled Vietnam from 1802 to 1945. You’ll begin with a stroll around the area between the Citadel’s massive walls and the defensive moat, now filled with lotus flowers. You’ll then enter via the Noon Gate to wander around the Thai Hoa Palace, the Pavilion housing the Nine Urns of the Nguyen rulers, and the remains of the Royal Palaces.

In the afternoon, you’ll drive to visit Royal Tombs of Minh Mang, the most majestic emperor and a staunch follower of Confucianism with many wives, concubines and a small army of children. Planned by the Emperor and built shortly after his death in formal Chinese style, it’s opulent and exotic, and a good example of classic Sino-Vietnamese architecture. You’ll then be picked up to visit the Royal Khai Dinh tomb is an unprepossessing concrete construction on the side of a wide valley. Its interest lies in the uneasy combination of Vietnamese and European features, the use of fragments of ceramics and glass for decoration, and the striking views from the courtyard in front of the mausoleum.

You’ll then visit the bustling Dong Ba market, which is one of the most famous markets in the Centre areas. You’ll spend the night in Hue.

Breakfast at your hotel, you’ll then be picked up to travel to Hoi An. You’ll drive to Lang Co Beach and the lagoon far below. You’ll then cross the high mountain pass of Hai Van with excellent view to see Danang spread out. After lunch at local restaurant, you’ll have a brief visit to Cham museum, remarkable Hindu statuary. The Cham left a legacy of excellent sculptures as they were pushed south by the advancing Vietnamese invaders. Driver and guide will take you to visit My Khe Beach, one of the most spectacular beach in Asia. You’ll then visit the Marble Mountain, Stone Carving village where you can admire the stone products of local people. You’ll travel to Hoi An to have a visit the town, and enjoy its considerable significance in the history of Vietnam town. You’ll enter a narrow street to look at unique Japanese covered bridge, Chinese communal house, shop for art at one of the numerous galleries and enjoy riverside ambience. You’ll spend the night in Hoi An.

Breakfast at your hotel, your driver and guide will pick you to visit the World Heritage My Son Sanctuary, the guide will show you the remains of the remarkable brick towers, and explain their origins and purpose. You’ll return to Hoi An.

In the afternoon, you will transfer to Danang airport for your flight to Ho Chi Minh City. On arrival at the Tan Son Nhat airport, you’ll be driven to your hotel. You’ll spend the night in Ho Chi Minh City.

In the morning, you’ll visit the Cu Chi tunnels, a byzantine maze of underground passages, chambers, rooms and booby traps used by both the Vietminh and the Viet Cong to suddenly materialise as if from nowhere, launch a lightning ambush, and vanish equally rapidly. Your lunch will be served at the local restaurant.

In the afternoon, you’ll visit the Museum of War Remnants provides a very partial, but riveting, perspective of the ‘American War’, the Centre Post Office with colonial building and the Cathedral Church.  You’ll then be driven to visit the Jade Emperor Temple. It’s one of the best Taoist temples in Vietnam, with superb effigies, remarkable carved panels of the descent to Hell and somewhat incongruous terrapin and tortoise sanctuaries. You’ll have approximately two hour to visit Ben Thanh market, one of the liveliest areas of Ho Chi Minh City, is packed with every conceivable commodity and a visit to lacquer workshop to see the complex processes and meticulous workmanship involved in this traditional Vietnamese craft product. You’ll spend the night in Ho Chi Minh City.

Drive to Vinh Long, a city famous by the Mekong River and floating market. You’ll cruise to visit Cai Be floating market, fruit orchards, a traditional family-run brick kiln. You’ll have a lunch at one of the local family and have a shot show of traditional music in Mekong Delta which is operated by the local people. You’ll have time to wonder around the fruit market to buy some kind of famous tropical fruit such as banana, pomelo, dragon fruit, and mangostin and so on.

You’ll be free until you’ll be picked up to the airport for your international departure flight.

→    Breakfast and accommodation in twin or double room.

→    Boats cruise as programme. For Ha Long Bay, you’ll join other passengers on a high quality wooden boat with comfortable accommodation, good facilities and an experienced crew. The boat will be fully licensed and comply with current safety regulations.

→    Travel by private, air-conditioned vehicle with an experienced driver.

→    English-speaking tour guide as indicated in the itinerary.

→    Entry fees for all sightseeing as mentioned in the programme.

→    Lunches and dinners, as specified, in the local restaurants and on the boat in Ha Long Bay.

→    Surcharge for peak season and holiday

→    Dinners, except as specified above. 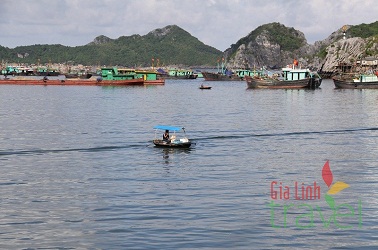 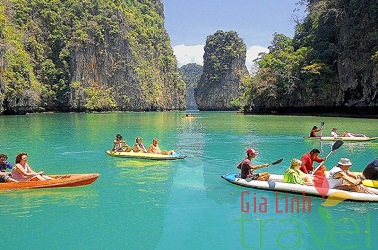 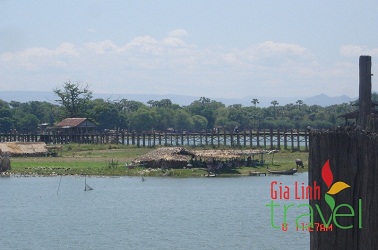 10 Day One night cruise down stream from Mandalay to Bagan 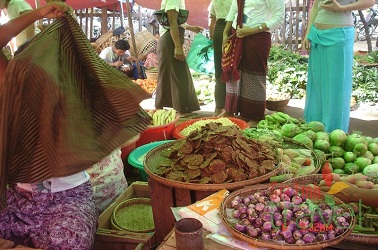