Description: Joining 9 day tour with a magical way to discover the essence of Indochina, including historic Phnom Penh, the incredible temples and lesser-known sites around Angkor and Siem Reap, and charming and deeply-spiritual Vientiane and Luang Prabang.

Transfer from Phnom Penh International Airport to the hotel (rooms may not be ready until the afternoon).

Phnom Penh city tour: Visit the Victory Monument, and the National Museum, also called Musee des Beaux-Arts. A French archaeologist and painter, Georges Groslier, designed it in Khmer style in 1917. The museum contains a collection of Khmer art – notably sculptures – throughout the ages. Visit the Royal Palace, built by King Norodom in 1866 on the site of the old town, and the Silver Pagoda. Located within the grounds of the Royal Palace, the Silver Pagoda is so named because of its floor, which is made up of 5000 silver tiles. The treasures found inside include a solid gold Buddha encrusted and weighing 90kilograms and a small 17th century emerald and baccarat crystal Buddha. End your afternoon with the visit of the Wat Phnom Temple, Phnom Penh’s namesake, from where you can enjoy views over the tree-lined avenues of Phnom Penh during sunset. Overnight in Phnom Penh.

Visit the Roluos Group. The monuments of Roluos, which served as the capital of Indravarman I (reigned 877-89), are among the earliest large, permanent temples built by the Khmers and mark the beginning of Khmer classical art. Preah Ko erected by Indravarman I in the late 9th century dedicated by the King to his ancestors in 880. Bakong the largest and most interesting of the Roluos group temples, with his active Buddhist monastery just to the north of the east entrance. Lolei built on an islet in the center of a large reservoir (now rice fields) by Yasovarman I, the founder to the first city at Angkor.

In the afternoon, continue your temple tour. See the unique interior brick sculptures Prasat Kravan, the Srah Srang reservoir (known as “The Royal Baths” was once used for ritual bathing), Banteay Kdei (surrounded by 4 concentric walls), Eastern Mebon (guarded at its corner by stone figures of harnessed elephants, some of which are still in a reasonable state of preservation) and the mountain-temple of Pre Rup until sunset. Overnight in Siem Reap.

In the morning, visit the most famous of all the temples on the plain of Angkor: Angkor Wat. The temple complex covers 81 hectares and is comparable in size to the Imperial Palace in Beijing. Its distinctive five towers are emblazoned on the Cambodian flag and the 12th century masterpiece is considered by art historians to be the prime example of classical Khmer art and architecture. Angkor Wat’s five towers symbolize Meru’s five peaks – the enclosed wall represents the mountains at the edge of the world and the surrounding moat, the ocean beyond.

Visit the South Gate (with its huge statues depicting the churning of the ocean of milk), the ancient capital of Angkor Thom (12th century), Bayon Temple (unique for its 54 towers decorated with over 200 smiling faces of Avolokitesvara), the Royal Enclosure, Phimeanakas, the Elephants Terrace and the Terrace of the Leper King. Sunset at Angkor Wat. Overnight in Siem Reap.

Transfer to the archaeological site for the sunrise from the Phnom Bakheng, one of two hills dominating the plain of Angkor, from where you will have a spectacular view of the Western Baray and Angkor Wat Or sunrise at Srah Srang.

Return to the hotel for breakfast.

Morning, transfer to Banteay Srei temple (10th century), regarded as the jewel in the crown of Classical Khmer Art. Continue to Ta Prohm, one of the area’s most beautiful temples. Ta Prohm has been relatively untouched since it was discovered and retains much of its mystery.

In the afternoon, you continue your temple visits to Preah Khan. Built by the King Jayavarman VII, Preah Khan is, like Ta Prohm, a place of towered enclosures and shoulder hugging corridors. Unlike Ta Prohm, however, the temple of Prea Khan is in a reasonable state of preservation and ongoing restoration efforts should maintain and even improve this situation. Neak Pean, a fountain built in the middle of a pool (representing the paradisiacal Himalayan mountain-lake), Ta Som and Banteay Samre, built in the third quarter of the 12th century. It consists of a central temple with four wings preceded by a hall and accompanied by two libraries, the southern example remarkably well preserved. Two concentric walls enclose the ensemble. Overnight in Siem Reap.

Breakfast at hotel. You’ll then transfer to the airport for your flight to Vientiane. On arrival, you’ll find a car waiting to take you to your hotel for check in. After a short rest, we begin our orientation – a short walking-tour of the Lao capital, strolling around the city sights and observing the evening sunset along the Mekong Riverside. You will be able to experence the city lifestyle of the local Lao people.

AM: After breakfast, we embark upon a tour of the major sights of the capital; including the oldest Wat Sisaket which contains thousands of miniature Buddha statues and the former royal temple of Wat Prakeo which previously housed the famous Emerald Buddha Image. On the way to the famous and sacred structure of That Luang Stupa, you will have the opportunity to take pictures of the imposing Patuxay Monument, which is well known as Vientiane’s own Arc de Triumph. From there, we visit the ‘Morning Market’, where one can find an array of antiquities, handmade textiles and gifts.

PM: The rest of the afternoon will be spent visiting the National Museum (close Tuesday), former Revolutionary Museum, which boasts a collection of antique items and the history of Laos’s fighters and leaders who were displaced from the ancient times through to the new revolution period. We then board a short flight to Luang Prabang, which is perhaps the best – preserved traditional city in Southeast Asia. UNESCO registered Luang Prabang as a World Cultural Heritage City in 1995. The tranquility and charm of this city, with its splendid natural scenery and cultural sights make it one of the most delightful places to visit in Asia. On arrival, we transfer you to your hotel. After a short rest, we will stroll around the Night Market, where you will find a lovely selection of local handmade textiles. We then hike to the top of Mount Phousi for an exploration of the sacred, gilded stupa and the exasperating, beautiful panorama views of the sun setting over this once royal ancient city and the Mekong River.

After breakfast, we enjoy a short-guided tour of the city’s oldest temple, Wat Visoun and the shrine of Wat Aham, Wat Mai, Wat Sene and the magnificent Wat Xiengthong with its roofs sweeping low representing the classical architecture of Luang Prabang. We then embark on a boat journey upstream along the Mekong River, which also gives us a beautiful view of the tranquil countryside as well as an interesting visit to the mysterious Pak Ou Caves, two linked caves crammed with thousands of gold lacquered Buddha statues of various shapes and sizes left by pilgrims. En route, we stop at the village of Ban Xanghai, where the local speciality of rice wine is produced. On our return, we stop at the local villages of Ban Xiengmene and Ban Chan then continue to see the royal temple at Wat Longkhoun, which once belonged to the royal family near the Sackarine Caves. Once back in Luang Prabang city we take a short drive to Ban Phanom, well known for its hand weaving.

An optional early start gives you the fantastic opportunity to participate in the daily morning rituals of saffron-clad monks collecting offerings of Alms (ubiquitous sticky rice) from the faithful residents. This tradition is very unique in Laos, being the only Buddhist nation still preserving the procession. You will visit the morning Phosi Market where you will find dried buffalo skins, local teas and saltpeter among the many chickens, vegetables and hill-tribe weavings. Laos is also known for its traditional crafts, and today you will have the opportunity to visit the local village of the Lao ethnic minority groups at Ban Ouay, Hmong Village, Ban Ou, Laoloum Village, Ban Thapene and Khmu Village. After visiting the villages, we then drive to the beautiful Khouangsi Waterfalls where you may wish cool off by splashing around in the turquoise pools or walk along the forest paths. We continue to Ban Phanom, another well-known weaving village and return to Luang Prabang by the late evening to observe the sunset at Wat Siphouthabath.

After breakfast you will experience the highlight of the tour to leave your mind with an impressionable image of this charming city. We visit The National Museum (close Tuesday) at the former Royal Palace, which displays a lovely collection of the artefacts reflecting the richness of Lao culture dating back from the days of the early kings right through to the last sovereign. Silver Smith’s, the Fine Arts School and the Central Market are not to be missed and we visit these sights prior to bidding farewell to this ancient city and taking your next scheduled flight

Price in US$ per person:

Price does not include:

If, at the time of booking, any hotels or rooms in the list above are fully booked, we will endeavour to find accommodation of a similar standard elsewhere. If the only available accommodation is of a higher or lower standard, we will revise the price accordingly and consult you immediately. 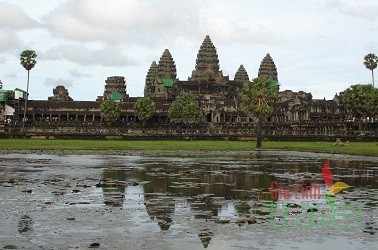 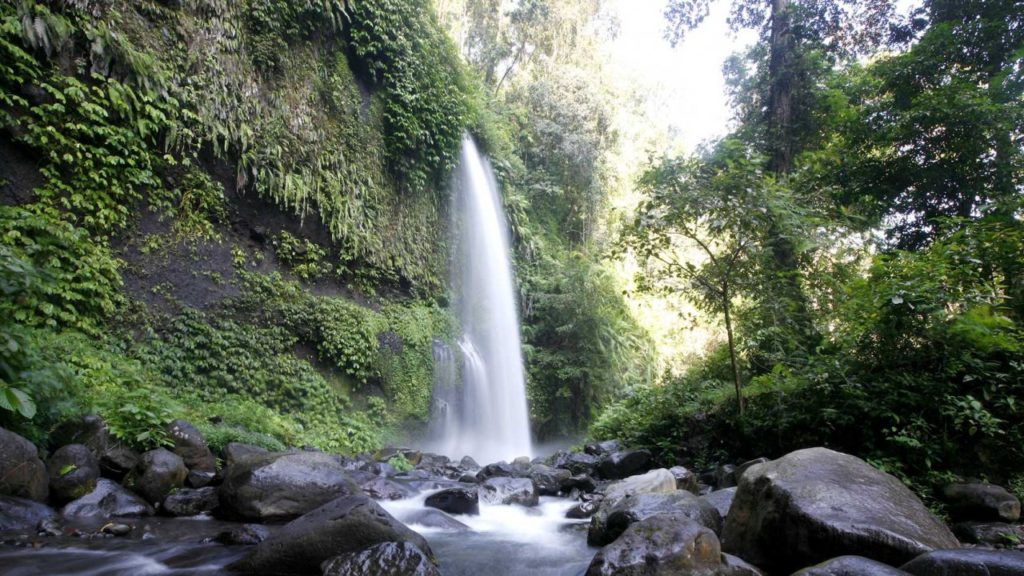 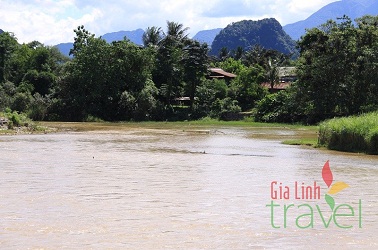 Down the Mekong in Depth 8 day tour