Discover the breathtaking landscapes & cultural diversity of Indochina by visiting Laos, Vietnam and Cambodia 12 days only. Book this trip with us before November 30, 2019 to get 20% off.

Upon arrival, you will be met and transferred to hotel. Luang Prabang has been claimed by the UNESCO to be ‘the best preserved city in South East Asia’. During our time here, we visit the impressive stupa of Wat Visoun and the shrine of Wat Aham, Wat Mai, we then climb up to the top of mount Phousi for an enjoyable exploration of the sacred, gilded stupa as well as a panoramic view of the city at sunset and the Mekong River. From there, we explore the Night Market, where you can find a lovely selection of handmade textile made by local and hilltribe people surrounding Luang Prabang.

After breakfast, we visit The National Museum at the former Royal Palace, which displays a lovely collection of the artefacts reflecting the richness of Lao culture dating from the days of the early kings right through to the last sovereign. After that, we enjoy a short-guided tour seeing the city’s oldest temple of Wat Sene and the magnificent Wat Xiengthong with its roofs sweeping low to the ground, which represents classical Laotian architecture. We then embark on a cruise upstream on the Mekong River, which also gives us a breathtaking view of the tranquil countryside as well as explore the mysterious Pak Ou Caves, two linked caves crammed with thousands of gold lacquered Buddha statues of various shapes and sizes left by pilgrims.  Along the way, we stop at the village of Ban Xanghai, where they make the local rice wine. On return, we take a short drive to Ban Phanom, a small village known for its hand weaving.

An optional early start gives you the fantastic opportunity to participate in the daily morning rituals of saffron-clad monks collecting offerings of Alms (ubiquitous sticky rice) from the faithful residents. This tradition is very unique in Laos, being the only Buddhist nation still preserving the procession.

From there you will visit the morning Phosi Market, where you will see such diverse offerings as dried buffalo skin, local tea and saltpeter among the chickens, vegetables and hill-tribe weavings. Laos is also known for its traditional crafts, and today you will visit local villages of Lao ethnic minority groups at Ban Ouay, Hmong Village, Ban Ou, Laoloum Village and Ban Thapene, Khmu Village, then drive to the beautiful Khouangsi Waterfall where you can cool off with a refreshing swim in the turqoise pools or walk along the forest trails. After returning to Luang Prabang by late afternoon, we continue to Ban Xangkhong, a village well known for its silk weavings and for its Saa (jute) Papermaking. We return to the city by late evening to observe the sunset at Wat Siphouthabath.

After breakfast, free at your leisure until your transfer to the airport for your flight out.

Arriving at Noi Bai airport in Hanoi, you’ll be met and driven to your hotel. You’ll spend the night in Hanoi.

In the afternoon, you’ll take to the streets by walking tour of the Ancient Quarter of 36 streets District. This densely populated corner of the city was once a centre of commerce where goods were sold under the street name of a particular guild. Still a thriving community of sellers today, you’ll see streets name such as Sugar Street, Tin Street and Paper Street. Ancient homes and temples are interspersed with stores in this souvenir hunter’s paradise. You’ll then be free until be picked up to watch the Water Puppet show an art form unique to northern Vietnam, and a good, light-hearted introduction to its rural culture.

You’ll leave for Ha Long Bay, which is often called Vietnam’s eighth wonder of the world and once visited, it is hard to dispute that claim. 4000 spectacular limestone outcroppings, cliffs, arches and coves compete for space in an area that is without doubt the most outstandingly naturally beautiful in the country – incomparable coastal scenery.  On arrival, you’ll board your boat, a wooden junk that will take you first to the busy World Heritage area Ha Long Bay, which is translated as “Descending Dragon”. You’ll stop off at an islet and climb though a series of breathtaking caves and grottoes, marveling at some of the most impressive stalactite and stalagmite formations anywhere in the world and then making a stop secluded beach where you can enjoy cruising among the cave dotted island and seeing the small fishing boats with are always feature of this lovely bay. Weather permitting, you’ll be able to swim, fish, climb a hill for an overview of the Bay’s remarkable seascape. All your meals will be provided on board, usually based on fresh seafood. You’ll spend the night on the boat.

You’ll have western breakfast on boat and then spend the morning cruising Ha Long Bay, followed by lunch just before docking to the harbour at around 11.30. You will then be driven back to Hanoi for your flight to Ho Chi Minh City. On arrival, you will be picked up to your hotel. You’ll spend the night in Ho Chi Minh City.

Drive to Vinh Long, a city famous by the Mekong River and floating market. You’ll cruise to visit Cai Be floating market, fruit orchards, a traditional family-run brick kiln, and drop in to look at some traditional cottage industries – a workshop making the huge coffins unique to the Mekong is particularly interesting. You’ll have a lunch at one of the local family and have a shot show of traditional music in Mekong Delta which is operated by the local people. You’ll have time to wonder around the fruit market to buy some kind of famous tropical fruit such as banana, pomelo, dragon fruit, and mangostin and so on. You will be transferred to Ho Chi Minh City for overnight stay.

In the morning, you’ll visit the Cu Chi tunnels; a byzantine maze of underground passages, chambers, rooms and booby traps used by both the Vietminh and the Viet Cong to suddenly materialize as if from nowhere, launch a lightning ambush, and vanish equally rapidly. You’ll drive back to Ho Chi Minh City to have a lunch at local restaurant.

In the afternoon, you’ll visit Centre Post Office with colonial building and the Cathedral Church.  Your next place is the Museum of War Remnants provides a very partial, but riveting, perspective of the ‘American War’. You’ll have approximately two hour to visit Ben Thanh market, one of the liveliest areas of Ho Chi Minh City, is packed with every conceivable commodity and a visit to lacquer workshop to see the complex processes and meticulous workmanship involved in this traditional Vietnamese craft product. You will then be transferred to Tan Son Nhat airport for your flight to Siem Reap. Arrival at Siem Reap Airport, transfer to the hotel by private car and tour guide for check in. Free at your leisure time and overnight in Siem Reap.

Breakfast at hotel, Heading out of town we make our way by traveling on a newly paved road to the intricately carved and well preserved temple of Banteay Srei. Along the way we make stopover at the Preah Dark village and we follow these with a visit the Banteay Samre Temple adorned with impressive relief’s depicting scenes of Vishunu as well as Krishna legends. Afternoon we visit the the Roluos Group.The monuments of Roluos, which served as the capital of Indravarman I (reigned 877-89. Preah KO erected by Indravarman I in the late 9th century dedicated by the King to his ancestors in 880. Bakong the largest and most interesting of the Roluos group temples, with his active Buddhist monastery just to the north of the east entrance. Lolei built on an islet in the center of a large reservoir (now rice fields) by Yasovarman I, the founder to the first city at Angkor. Overnight in Siem Reap.ss

Breakfast at hotel. Visit the floating village of Chong Khneas, located 10 kilometers south of Siem Reap. We take a boat trip in a traditional wooden boat on the Tonle Sap Lake, the “Great Lake” of Cambodia, one of the largest in Asia. We spend the rest of time visiting the “Chantiers Ecoles – Les Artisans d’Angkor” which provides training to young Cambodians in an effort to revive the ancient Khmer traditions of stone carving and wood sculpting. and transfer the airport for flight departure.

*      Boats cruise as programme. For Ha Long Bay, you’ll join other passengers on a high quality wooden boat with comfortable accommodation, good facilities and an experienced crew. The boat will be fully licensed and comply with current safety regulations. 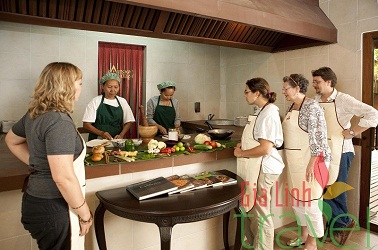 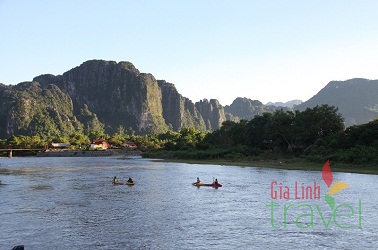 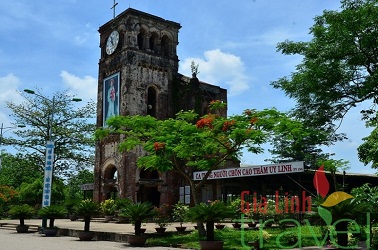 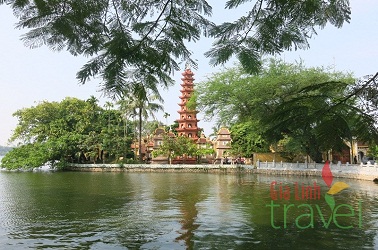